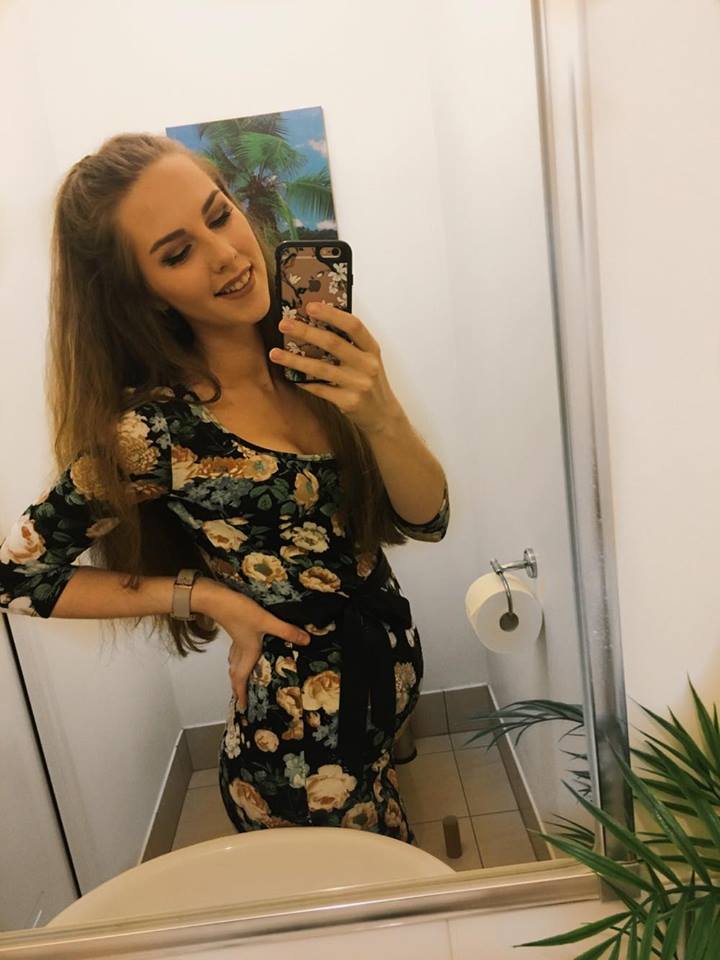 We’ve had a bit of a party bump this week! Saturday night was my good friend Libby’s 21st in the city, so we got all dolled up and I treated myself to three raspberry lemonades, which funnily enough I had to specify to the bar tender that I required them without vodka, to which she gave the a strange look before agreeing. Despite our best efforts Daniel and I arrived home at a mere 10:30pm, and we both marvelled at the fact that we were actually really good at this adult thing, considering the fact that we preferred to be home at that time compared to nights we’d both spent out until the early am of the morning.

I also THINK I may have felt hiccups this week, although I don’t usually feel much at all besides the odd bump that to me just feels like gas, I was sitting in a different position to what I normally do and I was certain I felt the rhythmic little jolts of a tiny little person having the hiccups. All I could think was “sweetie, I feel you, I get hiccups more than twice a day” he/she may just be burdened with the same strange condition that I seem to have developed involving hiccuping way more than the average person. To which I say to my dear child I am dearly sorry.

Nausea is still holding off, and my appetite has definitely returned (yes mum, just like you said it would even though I was certain it wouldn’t) and I now find myself constantly craving baked goods, even though I honestly can’t be bothered making them half of the time. I also took some time to look into the different types of cravings other women experience during pregnancy, and lets just say I’m glad as heck I’m not craving chewing on sand or bath salt (yes thats a thing, not sure that its doctor recommended so maybe lay off it a little if you’re suddenly craving those things), as well as other weird things like iceberg lettuce with sugar or dry weet-bix with peanut butter. My cravings are more standard, like I see a food, I want to eat that food.

Our app says that this week our little one is the size of an avocado! so continuously all week I’ve been replaying that video in my head of the little kid getting an avocado for christmas and being really surprised and happy about it “aw its an avocado! thaaaaanks!”, I’d highly recommend a watch if you haven’t been graced by the cuteness of this video, watch it here.

Mood swings have probably been giving Daniel grief this week, so bless his heart for putting up with me and my hormones, don’t worry sweetie, it’ll be worth it in the end.