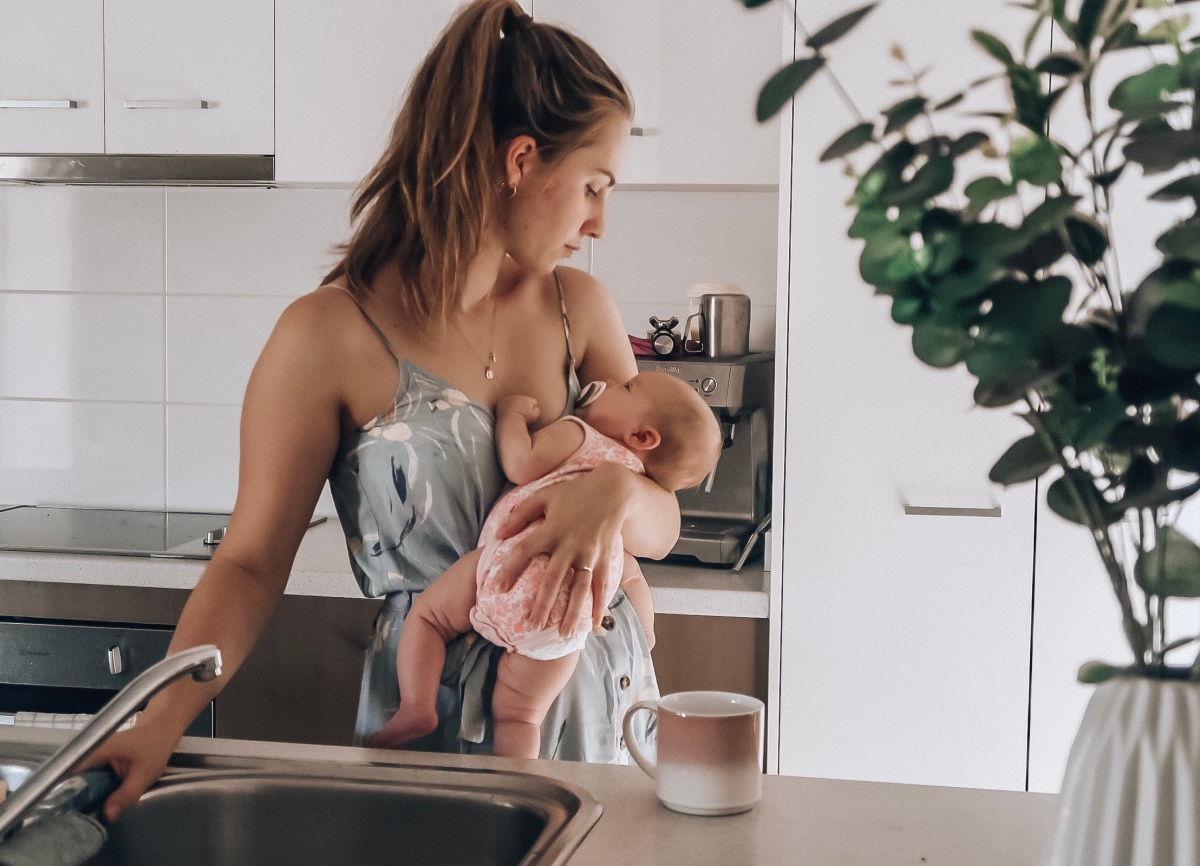 I have never been very good at house keeping. Before I had children I was a bit of a mess, I saw housework as a chore (because we all know it is), and like everything else I don’t enjoy doing I would put it off. And everyone knows mess only gets messier the longer you leave it.

Since having the girls I’ve come to realise that life is far more stressful in a home with children if it isn’t organised (at least a little bit). So I’ve taken it upon myself the teach myself easier ways of staying on top of housework, because let’s be real, lazy people will always find a shortcut.

So, here are some simple little tricks I’ve learnt that make keeping a tidy home that little bit easier;

This is made up, obviously, but it has made a huge difference in the way of keeping space de-cluttered and it’s super simple (though a bit of a challenge to begin with if you’re lazy like me). Things you’ve used, whether it be an item of clothing or a book, once you’ve finished with it, don’t put it in a space it doesn’t belong, put it straight back in its designated space. Everything you touch you should only have to do so once, for example if you have a coat on, when you get home don’t take it off and put it on the couch, that will mean you have to touch it again to put it away. It’s that bit of extra initial effort, but it’ll mean you don’t spend time later on decluttering that space. 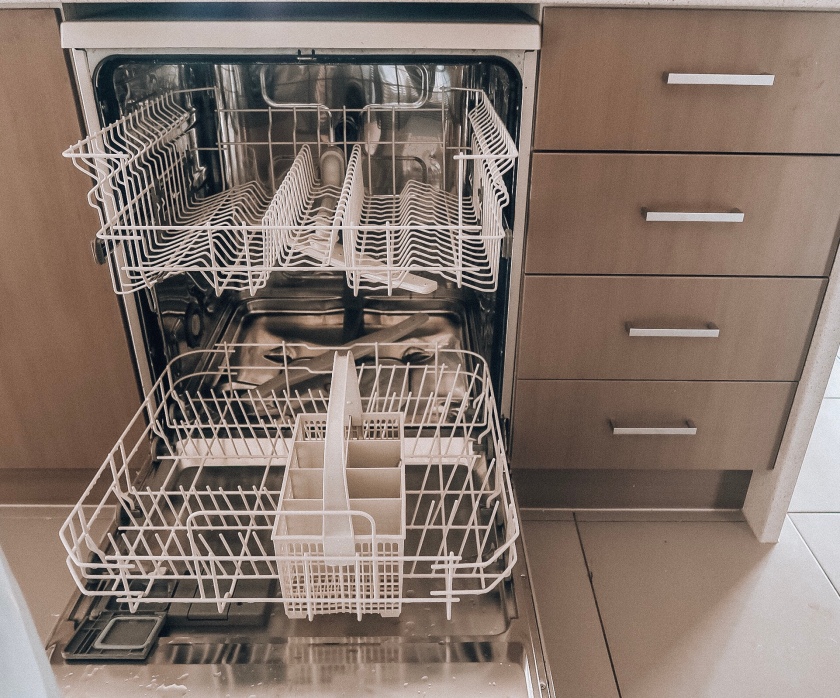 SIMPLE. The dishwasher is finished? Empty it straight away. It sounds silly, but it is one of the easiest ways to keep on top of your dishes, it avoids dish pile up in your sink, making your kitchen look 100% cleaner without even trying. I usually put my dishwasher on at night just before bed, and in the morning, unpacking it is the first thing I do after getting Violets breakfast sorted. It means I’ve got space from the get go for the dishes we use throughout the day and the sink stays clear of dishes!

This is a nifty little trick I learnt from my mother in law (to be). Hang your hangables out to dry on hangers! If you’re anything like me you’re not a huge fan of washing, not really the washing or the hanging part, but the putting away. Hanging things on hangers means you can literally take it off the line and put it straight into your cupboard (following the one touch rule without even trying). Which only leaves underwear and pants to fold, halving the folding and putting away job. I also find things tend to dry a whole lot better on hangers too, win-win!

If working in hospitality has taught me anything, it’s a whole lot easier to keep a space tidy if you make the effort to clean as you go. Not the easiest rule to follow if you’ve got a toddler racing around and a newborn who needs your attention, BUT if you can manage it, it’ll mean that when the kids do finally have a rest you won’t have to spend that time cleaning up after a mess you’ve made cooking. Again, the one touch rule comes in handy, put things away as you use them. It’s more effort to begin with, but SO much less work in the end.

I have a great mind for putting things away, but I’ve found if that space isn’t within an easy reach I rarely bother to use it. So I’ve started keeping cleaning supplies where they’ll be used most. An example, toilet cleaner is on the windowsill above the toilet, it doesn’t look the prettiest so it’s definitely not everyone’s cup of tea, but it really has impacted the cleanliness of things in my home. Just remember if you have children that “within reach” is within your reach, not your child’s! 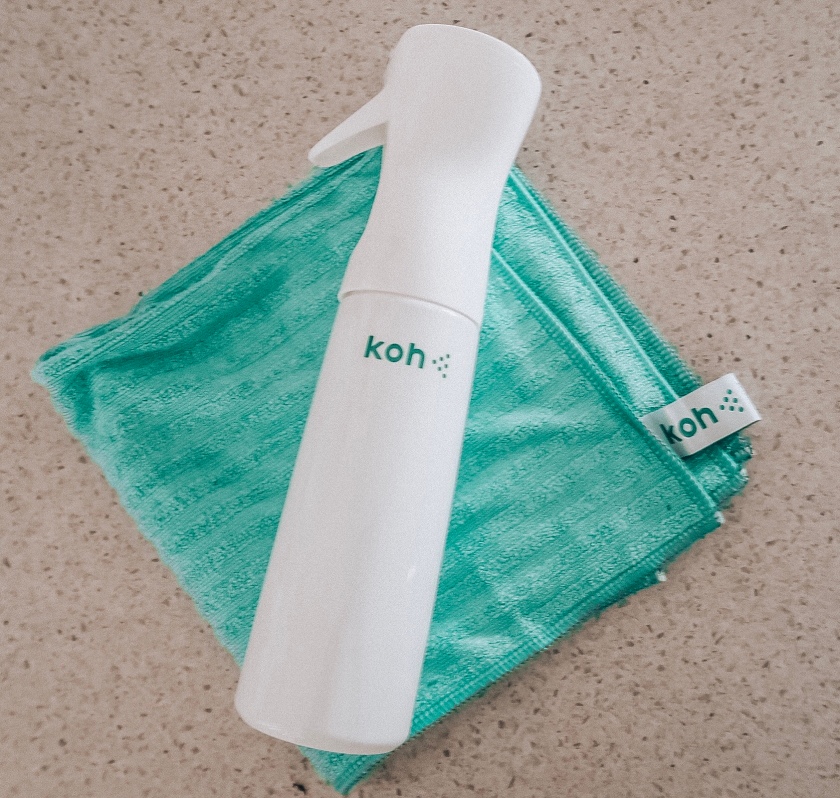 Products with multiple uses and that WORK are your friend. It’s all well and good to have an entire cupboard of products, but if you’re anything like me you’ll dread using them because of the sheer amount of them. We have been using a brand called “Koh” for a couple of months now and I’ve been really impressed with it. It has a ton of multi uses and is a lot better for the environment than your usual cleaning products. You can find more info on it Here if you’re interested, I could go on about the reasons I love it but the website speaks for itself. Basically, good products have motivated me to actually use them, and that’s why it’s on this list.

Being lazy goes hand in hand with being unmotivated. Give yourself a kick in the arse by setting a timer. I’ll often walk into a space and think “I’ll do it soon” and then it never gets cleaned. By setting myself 10 minutes to clean the space, it actually gets done! And better yet, I often feel motivated to keep cleaning other areas afterward. Be sure to actually use a timer, on your phone or something, otherwise it probably won’t work as well.

I don’t know about any other mums, but especially now after Christmas our house is filled with toys, literally from one end to the other. I can honestly say the easiest way to keep sane surrounded by children’s toys is to throw them all into a nice looking basket and chuck it into the corner of the room. Vi is old enough now to help throw them into the basket so we have a general tidy up time before every meal where we spend time together putting all of the toys into the baskets, leaving the spaces generally clutter free (for the most part).

9. Ask the kids for help

Now, obviously I’m not asking the 7 week old to help tidy things, but Violet is a very capable helper. She was able to do so from about 12 months, and she’s always been happy to help so long as I’m helping her too. We make it a bit of a game by singing a song I made up called the tidy up song. Cleaning doesn’t have to seem like a chore, and the more fun you make it for your children the more likely they are to want to help and they should always be helping! It’s called being a part of a household, no one gets out of it, unless they’re too young to do it yet. There’s nothing stopping you from making it a game either, who can pick up the most toys? Who can wipe up the most mess? There’s no limit to the fun you can have really, it’s all about what you make it.

Most importantly, above all of this, remember it’s okay if things don’t always get done. Don’t put pressure on yourself to “keep the house clean”… as soon as I stopped putting that expectation upon myself, I stopped feeling rotten when it didn’t get done, which in turn gave me a better relationship with cleaning. It wasn’t a “job” anymore, rather something I actually wanted to do.

The mess really will always follow you when you have children it’s just the reality of things. Toddlers are messy, newborns preoccupy you… but it’s not impossible, especially when you do little bits here and there to keep things manageable. Hopefully this list inspired you a little, even though your hands are probably already full. I believe in you!